Being a Run Mate by Core-Lean partner gives you the opportunity to associate your brand with a dynamic and exciting event and to be in direct contact with running fans from all over the world. We offer different partnership deals to suit your budget and your aims.

Core-Lean is an innovative Consulting Company specialized in coaching working teams to achieve breakthrough results. When teams’ ambition is to become “Best in Class” in their Business, Core-Lean is the right partner to enable a record pace of sustainable improvement.

Founded by FMCG industries Veterans with large and diverse experience in running World-Class Operations, Core-Lean has a unique approach to coaching and developing people starting from the end-users up to the Senior Leadership.
By promoting Run Mate, Core Lean wants to exemplify there are no barriers for teams to achieve results beyond anyone’s expectations when the team spirit prevails.

According to the World Stroke Organization (WSO), there are over 13.7 million new strokes each year, out of which 5.5 million people died. Globally, one in four people over age 25 will have a stroke in their lifetime. Having the right equipment and procedure can mean life or death for people suffering from it.

By supporting the Dirk Müller foundation, you will accelerate research on brain stroke as well as Doctor’s training to prevent and treat them. 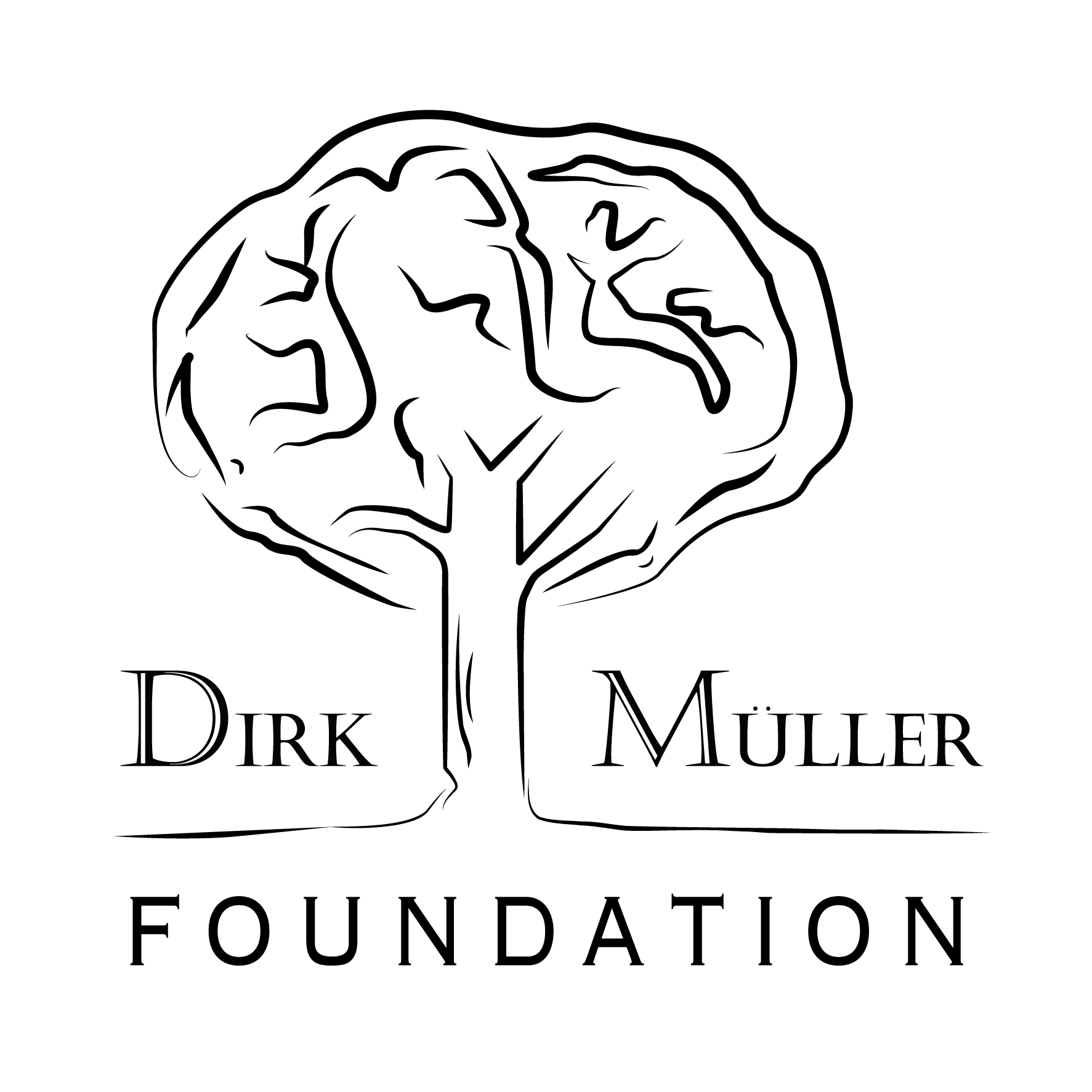 Montreux is a congress and tourist resort, famous for its festivals and renowned guests. With its 26,800 inhabitants, Montreux is the third largest town in the canton of Vaud.

Nestled between the lake, forests, mountain pastures and summits, Montreux enjoys a privileged geographical location, a microclimate that complements the luxuriant vegetation, bays lined with flowery quays, and a lake on which swans and boats evolve, including those of the CGN Belle Epoque fleet, which is unique in the world.
The Commune has a very diverse territory, covering almost 3,500 hectares. From the shores of the lake to the mountain tops, the altitude ranges from 372 m on the shores of Lake Geneva to almost 2,000 m in the Rochers-de-Naye region. Funiculars and trains link the plain to the mountains.
Montreux also has hotels with old-fashioned charm, terraces, shops, a casino and a conference centre with superb concert halls.

Diversified sports activities
Sport has played an important role in the history of Montreux. Already at the beginning of the 20th century, with the development of tourism, new sports disciplines were introduced, major sports competitions were organised and several international and national sports federations were created. Thus, Montreux was the scene of the first European ice hockey championships in Les Avants (1910) and the first world bobsleigh championships in Caux (1930).
Pursuing this strategy, the Commune of Montreux has recently hosted several major events. The organisation of these events is possible thanks to the strong involvement of the 70 sports associations, which include nearly 2,700 young people.
The infrastructure is numerous: a regional athletics stadium, five football pitches, a 50m indoor swimming pool, eleven gymnasiums, a multi-sports hall, tennis courts, an indoor skate park, a bowling alley, shooting ranges, not forgetting numerous open-access facilities, 150km of well-maintained and signposted footpaths and a ski area. The Commune offers countless possibilities for practising your favourite sport. In summer and winter, almost everything is possible in the municipality.

This year, take up the Compost for power by Energiapro challenge by collecting your food waste throughout the race, to transform it into biogas, a 100% renewable energy. If you keep your eyes peeled, you’ll see a few biogas-powered vehicles along the route, as well as our team of runners in colorful shirts.

It’s all about energy!

Brio Maté is a swiss start-up which developed their own maté drinks using the best yerba maté, a plant as healthy as green tea and as strong as coffee. Brio Maté is made in Switzerland with low sugar, energising and 100% natural!

The three friends have also developed gourmet versions based on mint, peach, lychee and strawberry; while keeping a traditional version and remaining 100% natural.

Brio Maté gives you a smooth 100% natural energy that keeps you sharp, happy and dynamic.

Founded thanks to a home brewing kit in 2001 by three childhood friends who are still in charge, after years of passionate development, Dr. Gab’s Brewery has established itself as a pioneer of the craft beer scene in Switzerland.

Dr. Gab’s exceptional team works day and night (almost) and is motivated by the same passion and ambition: upend the ascertainment that beer is light and tasteless, and improve the quality and variety of beer in Switzerland.

Honouring the values upon which it was founded, we at Dr. Gab’s aspire to share our passion for beer with our valued customers, innovate, enjoy ourselves, make discoveries, and offer an enjoyable experience to those who accompany us in this exciting adventure. 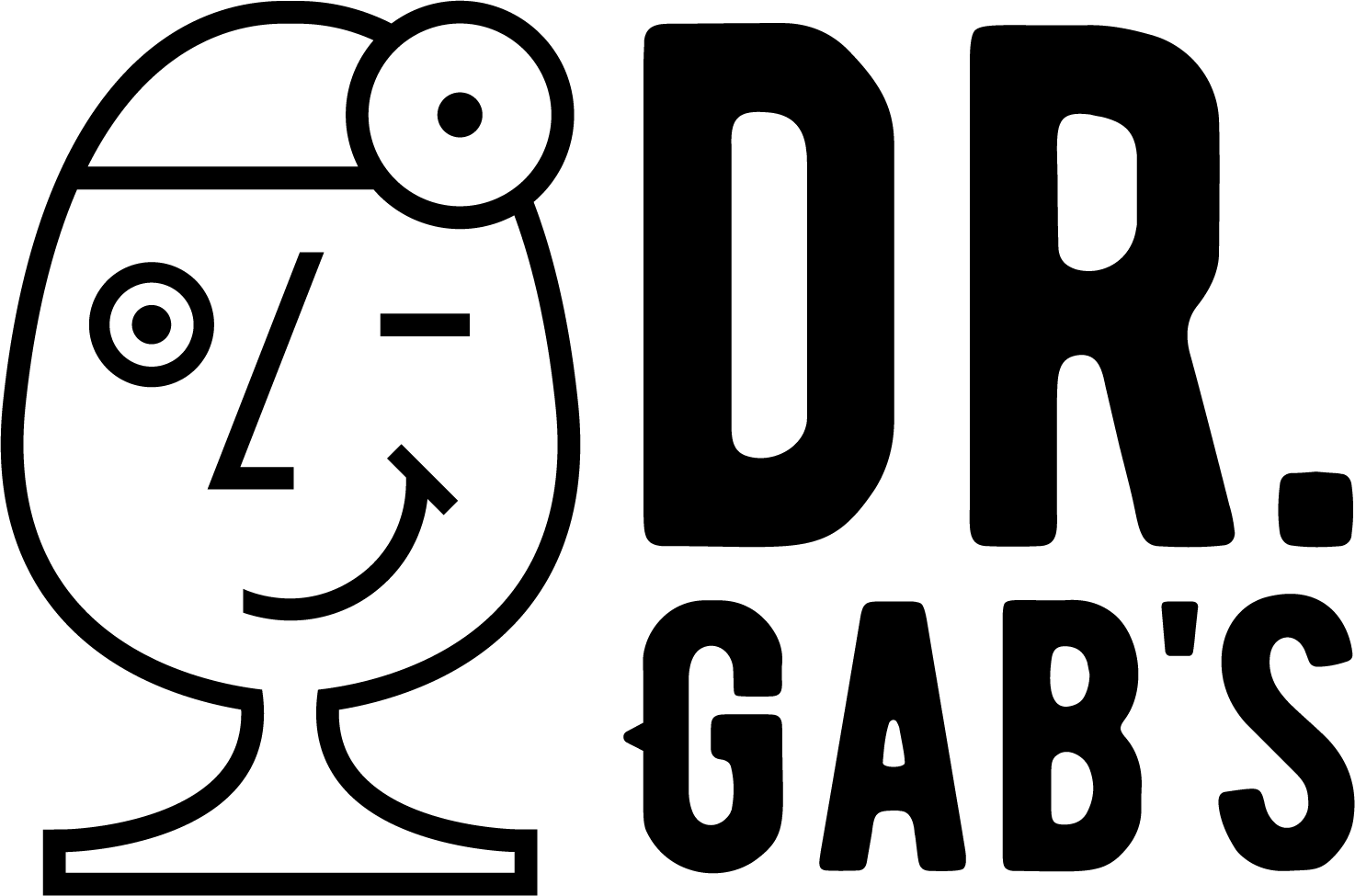 Fleur de Pains is a regional bakery that products quality products for an authentic moment and it has sustainable values.

More than 90% of its production is done in its two laboratories based in Crissier, Vaud. 80% of its raw materials come from Switzerland and the bakers make their own natural leaven.
The key words of the Fleur de Pains’ mission are: regional, quality, authentic and sustainable. The main goal of Fleur de Pains is to offer an authentic moment with simplicity and many quality products. They also make some actions for the planet at their own scale. For instance, they act to reduce the food waste and there is no more plastic for one use in their shops. 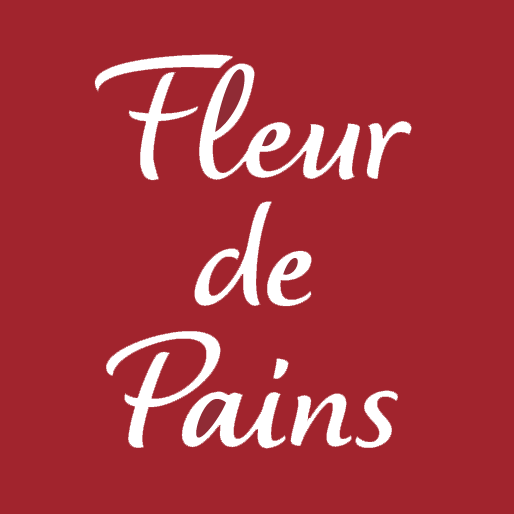 Created in 1995 to promote Geneva’s farm products, Opage – the French acronym for the Office for the Promotion of Agricultural Products from Geneva – is a foundation under civil law.

Its board is comprised of representatives of the canton, Agrigenève and the various agricultural sectors.
Opage’s structure and means evolved after the 2004 law on promoting agriculture was voted in and the 2009 signature of a quadrennial service contract with the canton.
In 2009, Opage moved to the new Maison du Terroir in Lully (Bernex), where among other activities it organizes courses on Geneva terroir products throughout the year.

The Riviera-Chablais Hospital is an intercantonal reference hospital. It brings together 2000 employees spread over five sites (Vevey Providence, Mottex Blonay, Rennaz, Aigle and Monthey) which serve the inhabitants of the cantons of Vaud and Valais (Riviera and Chablais regions). The HRC, equipped with a state-of-the-art technical platform, offers medical consultations, outpatient treatment and hospitalization for acute care, geriatrics and rehabilitation.

Nothing better than a delicious La Semeuse coffee for a convivial and energetic time during a relay race.

Founded in Chaux-de-Fonds in 1900 LA SEMEUSE is being particularly careful on preserving aroma and taste of its coffees. Located at 1000m high, the roaster enjoys ideal physical conditions allowing the use of a softer roasting temperature, less damaging for the coffee beans.

With the event sponsoring, LA SEMEUSE is happy to share a spirit of tradition and quality.

The word-of-mouth is undoubtedly the best mean to share this enthusiasm, that is why LA SEMEUSE reinforces this chain br supporting many events. By doing this, LA SAMEUSE values coffee as part of culture, sport and pleasure. 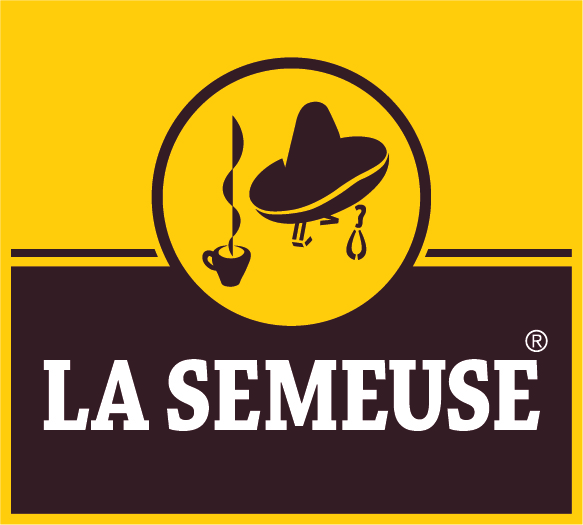 Established in Martigny in 1889, the Morand company offers products that embody the Valais and a long tradition of quality. For more than a century, Les Bons Sirops Morand has accompanied the life of the family. The traditional recipes, grenadine, lemongrass, orange blossom and capillary, are full of the nostalgia of a rediscovered childhood. The apricot and pear syrups bring out the exceptional flavor of the fruits of the Valais. 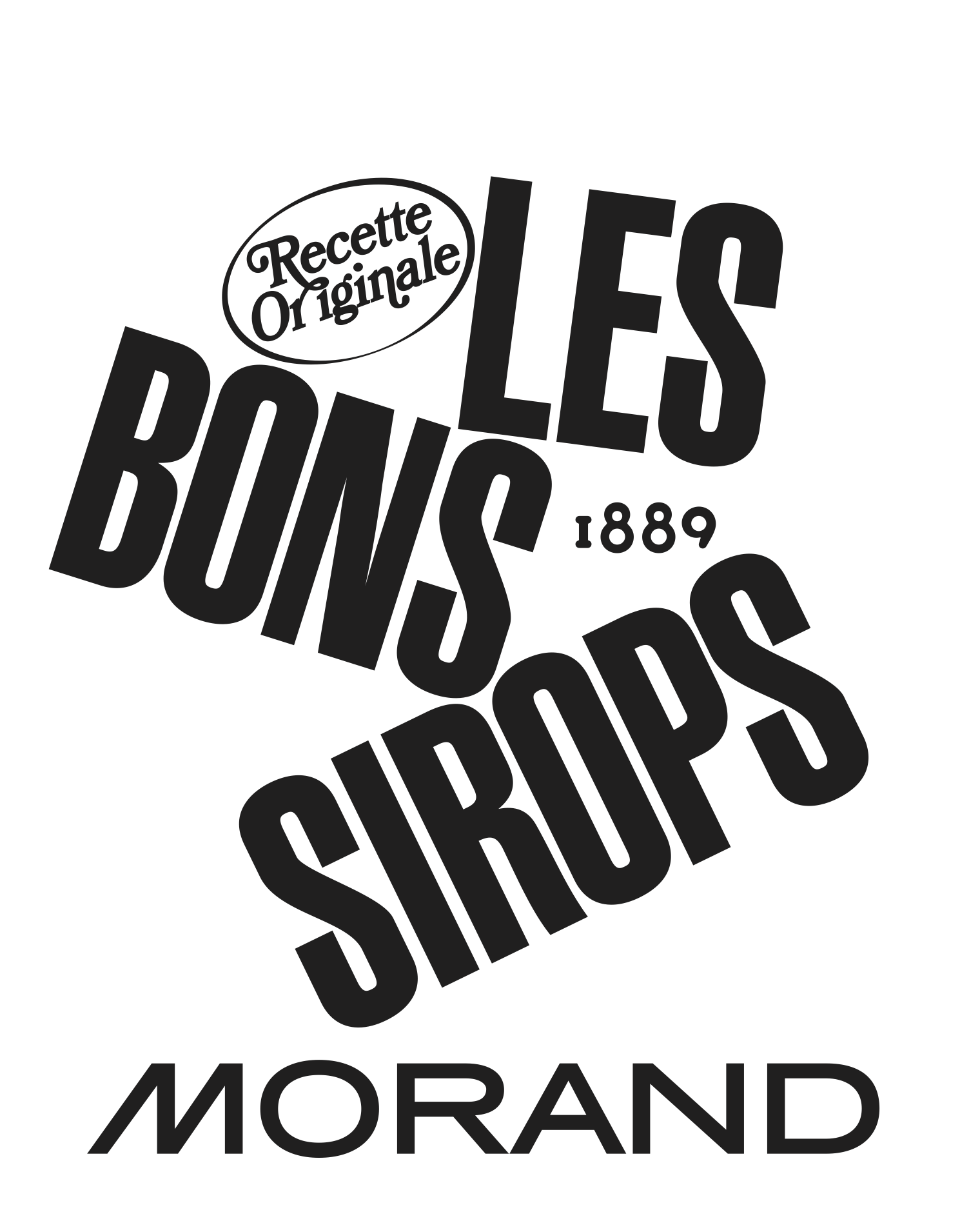 SV Group is a leading restaurant and hotel management group based in Dübendorf near Zurich. The group is active in several business areas: Restaurants for companies and schools, hotels with own brands as well as with other renowned brands as franchisee, public restaurants with innovative concepts as well as gastronomic delivery service and catering. SV Group employs around 6,400 people in the DACH region, including 4,400 in Switzerland.

The company operates more than 6400 employees with 500 restaurants, cafeterias at universities and schools, catering businesses in healthcare institutions and senior living facilities, making it one of the leading providers in Switzerland, Germany and Austria.

The SV Group traces its roots back to the non-profit organization “Schweizer Verband Soldatenwohl”, founded in 1914. Else Züblin-Spiller set up soldiers’ canteens throughout the country where balanced and inexpensive meals were served. The idealistic values of the founder are carried on today by the SV Foundation. This charitable foundation is the majority shareholder of the SV Group and uses its funds for projects in the field of healthy nutrition and for the common good 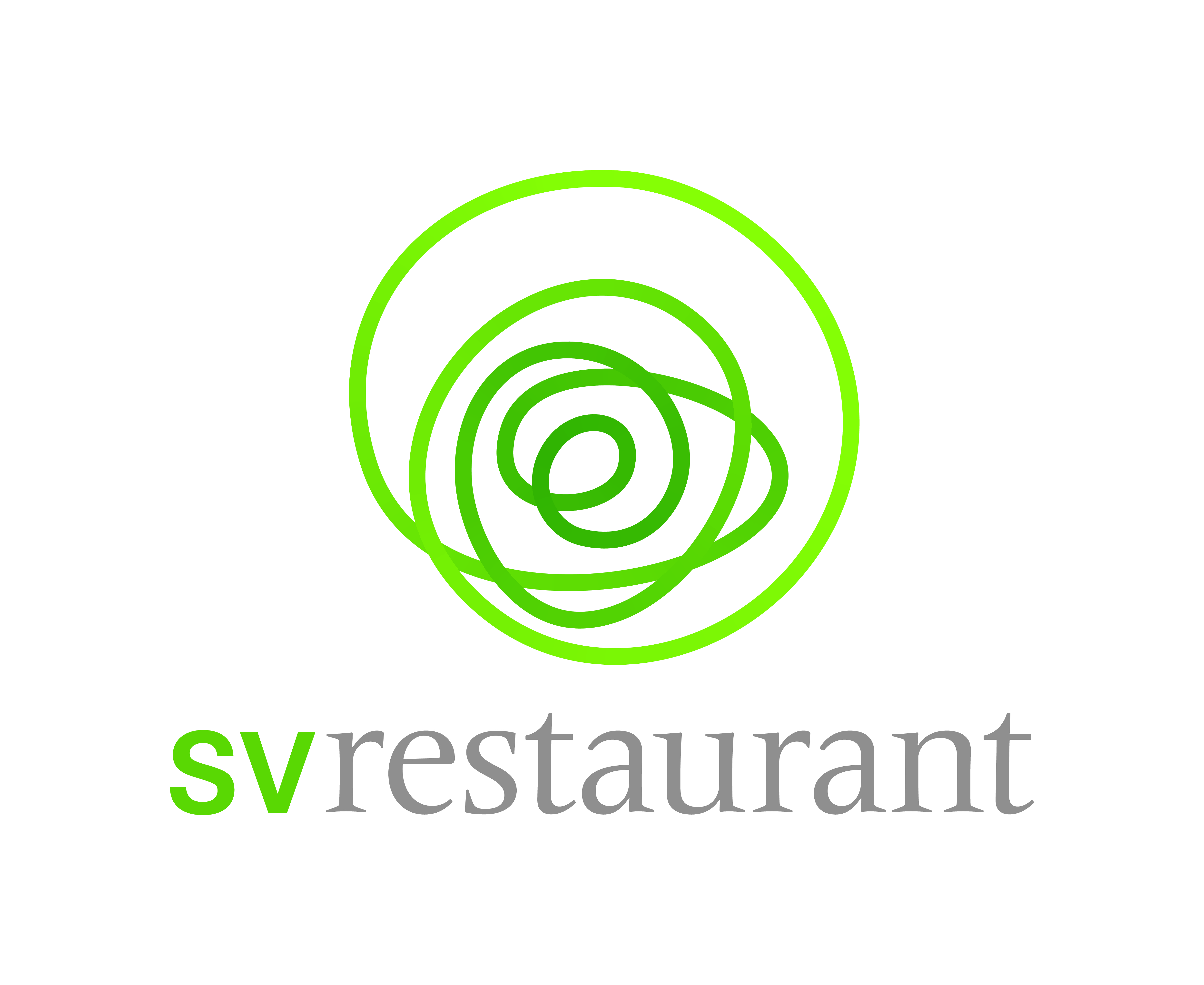